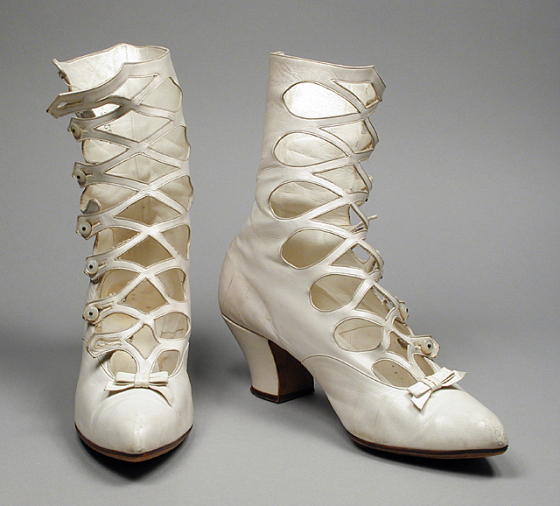 The following dispatch from Berlin confirms the worst fears, says The Indianapolis News:
“Dr. Boehme, of this city, announces that he has discovered a new disease, which he describes in a medical periodical under the name of the ‘tango foot.’”

For months we have lived in dread of the striking of the evil hour when disease would suddenly stalk among us on the dance hall floor and turn the laughter of our joyous revelry to groans of dismal pain. Dance now as mildly as we may, dip as carefully as we can, Boston, gavotte, grapevine, chasse, kitchen sink and scissors with due caution and restraint, we never again feel the same old thrill and keen delight and blissful abandon. Ever henceforth as we tango, hesitate and Maxie, there will be this grim, grinning, mocking terror of the “tango foot” to obtrude upon our pleasure.

It was always, thus, it seems. No sooner has a new, entrancing and absorbing diversion come to interest and amuse us and lift us above the dull monotonies of life than some thing appears to mar the pleasure and forbid the pastime. It was so in bicycling days when we had the scorcher’s heart and the bicycle knee. It came again with the motor car to afflict us with the automobile face, and, just as we were prepared to settle down to a fearless, painless enjoyment of moving pictures, the malignant movie eye made its unwelcome advent. Heavy hearted, we sought solace next in the rhythmic measures of the dance, assured that we had found at last the healthful recreation without a blemish, only to encounter the “tango foot.”

It is a cruel blow, and not by any means the least distressing feature of it is the fact that it falls not alone on the dancer. At the very moment when the German investigator was apprising the world of his appalling discovery, the wholesale clothiers of the United States, assembled in annual convention at Atlantic City, were congratulating themselves on the increased business due to the tango. “Men,” said the leading delegate, “who couldn’t be pushed into a dress suit a year ago are now the most finicky about their raiment. The craze for dancing has brought about the change.

But it is an ill wind that blows no one good. Doctors at least will profit—those at any rate not too lamed with “tango foot” themselves. The Berlin discoverer admonishes “sufferers from this painful disease who are addicted to indulgences in the new dances to consult a physician and get treatment at the first warning they have of the approach of the trouble.” And here, serious, as it is, there is still a word of cheer and a ray of sunshine. For he does not say, “Stop dancing;’ he says, “consult a physician.” There is a difference, and if the latter may seem a little dismal in itself it is not without some compensation as long as the dance goes on.

But what exactly was “tango foot?”

But one thing has been lacking to assure the complete triumph of “tango” as a popular fad, and that was, to have a disease named for it. We wonder that someone has not thought of it before. However, when there is a real demand for a thing some bright man of an inventive turn of mind is sure to apply himself to the problem sooner or later. This is exactly what Dr. Gustav F. Boehme, Jr. has done. Read his paper on “Tango-foot” in The Medical Record, and you will understand that the Doctor is prepared to till this neglected field with a thoroughness that will command the respect of the best fee-getter among us.

Doctor Boehme paints a sympathetic picture of the sufferings of “the cabaret dancer, the little chorus girl and the devotees of Terpsichore in general” who may be afflicted with “tangofoot.” “Such a sufferer,” he says, “generally awakes in the morning with a slight dull pain in the outer anterior aspect of the leg in its lower third. At first it is regarded as a slight bruise or ‘a little rheumatism.’ During the next few days the pain becomes more marked and a stiffness in extension and flexion of the foot is noticed. Going up and down stairs is painful, especially the latter.”

The pathology of tango-foot is only less interesting than its etiology—and regional anatomy. Its possibilities may be suggested by the following conversation:

“Doctor, I wish you would take a look at my ankle. It began paining me this morning.”

“With pleasure,” replied the doctor, as he gave an appreciative glance at the little chorus girl. “What were you doing last night, my dear,” he continued, glancing at her severely.

“Why—I was just out at a little dawnce,” she answered with a guilty blush.

“I fear,” said the distinguished specialist, “that you are suffering from tango-foot. Permit me to examine the member. * * * Yes, it is as I suspected.”

“But, what is tango-foot?” asked the little patient.

“It is a tenosynovitis,” replied the learned man, looking at her over his eye-glasses, “presenting exudation and extravasation into the sheaths of the tendons of the tibialis anticus, the extensor longus digitorum. and the extensor proprius hallucis. It is really quite amenable to skillful treatment.” [Other articles suggest a stiff dressing, massage, and rest will effect a cure.]

Mrs Daffodil’s Aide-memoire:  For elucidation on the Mysteries of the Dip, Boston, gavotte, grapevine, chasse, kitchen sink, scissors, hesitate and Maxie, one might wish to consult Social Dancing of To-day, which is said to be a font of information on “rag-time” dancing. Mrs Daffodil has previously written about the “Kitty Trot,” another dance sensation, the Danseuse Electrique, and Mrs Castle and dress reform through dance.

The Killing Pace of modern life has, alas, produced many new diseases such as “Motor-car (or Horse-less Carriage) Face” and “Telephone Face.”