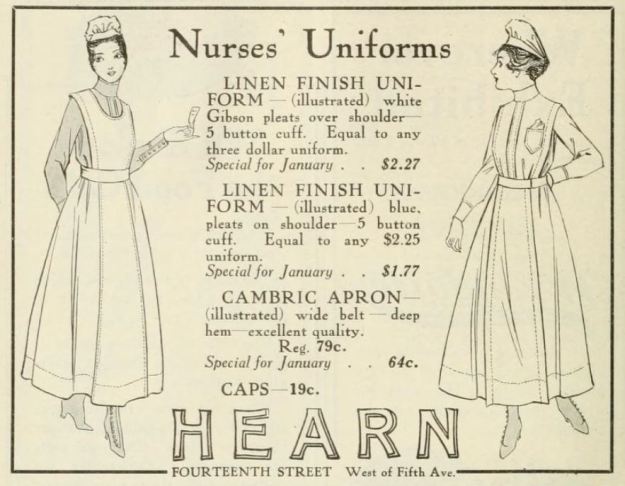 The fashionable women of England are very anxious to help. At least they say they are, and never would we doubt a lady’s word. But their good intentions are thwarted on every side. Lord Kitchener does not want them as nurses. He says he prefers nuns, presumably because they have no matrimonial ambitions, and it is said that he went himself to a nunnery — fancy Lord Kitchener in a nunnery — in order to arrange matters. Doubtless Lord Kitchener has painful memories of the Boer War, where the lady helpers proved such a nuisance that he classed them with the flies as among the unbearable plagues of camp life.

But the ladies who stayed at home were nearly as bad. They, too, felt the enthusiasm of action, and so they made presents for the troops at the front. All kinds of presents, such as ladies make for each other at Christmas time and such as they give to their long-suffering male friends, who say things and throw the gifts away. They made candy boxes for them embroidered with pretty sentiments. They made night-shirt covers and pillow-cases and cigarette cases. They made collar-boxes and brush bags. Heaven only knows what became of all this truck. Presumably it was burned, but it was all innocent enough in comparison with the activities of the ladies who went to the front as nurses under the conviction that nursing meant bathing the brows of handsome young officers and writing letters for them to their mothers.

It is said that a good many of the volunteer nurses in the present war have expressed a preference for the nursing of officers and were thereupon requested to go home and stay there.

The French army allows no nurses at the front except nuns, who can be relied upon for the absolute and unswerving performance of duty and for an absence of the hysterias that so often afflict their more worldly sisters.

These nuns go to the firing line and show themselves as indifferent to bullets as the soldiers themselves. But the aristocratic French ladies are allowed to meet the wounded on their arrival in Paris and to offer their ministrations under the strict supervision of medical officers. And they show themselves as willing enough to do whatever is necessary, whether it be washing, scrubbing, or cooking.

Mrs Daffodil’s Aide-memoire: While there were many unsung heroines among volunteer nurses, those who had spent much time at the Front reported encountering too many “heroines” who sang their own praises:

My own latest experience was with an American woman of awful vulgarity. I asked her if she was busy, like everyone else in this place, and she said: “No. I was suffering from a nervous breakdown, so I came out here. What is your war is my peace, and I now sleep like a baby.” I want adjectives! How is one to describe the people who come for one brief visit to the station or hospital with an intense conviction that they and they only feel the suffering or even notice the wants of the men. Some are good workers. Others I call “This-poor-fellow-has-had-none.” Nurses may have been up all night, doctors may be worked off their feet, seven hundred men may have passed through the station, all wounded and all fed, but when our visitors arrive they discover that “This poor fellow has had none,” and firmly, and with a high sense of duty and of their own efficiency, they make the thing known.

No one else has heard a man shouting for water; no one else knows that a man wants soup. The man may have appendicitis, or colitis, or pancreatitis, or he may have been shot through the lungs or the abdomen. It doesn’t matter. The casual visitor knows he has been neglected, and she says so, and quite indiscriminately she fills everyone up with soup. Only she is tender-hearted. Only she could never really be hardened by being a nurse. She seizes a little cup, stoops over a man gracefully, and raises his head. Then she wants things passed to her, and someone must help her, and someone must listen to what she has to say. She feeds one man in half an hour, and goes away horrified at the way things are done. Fortunately these people never stay for long.

In pre-Revolutionary Russia, too, Society Nurses were a problem. Grand Duke Nicholai had a solution.

In Russia, as in other countries, there were many women who, not appreciating the character of the services required, and merely from a shallow emotionalism, volunteered as nurses, more for the purpose of wearing the uniform and talking of what they were doing than because they sincerely wanted to help. They volunteered without knowing what they were expected to do, without any knowledge of nursing save that the Russian nurse’s headdress is becoming to almost any type of beauty.

A bevy of these women offered their services to the Grand Duke. He needed nurses, and he needed many nurses, but he wanted nurses, not society women who thought it would be interesting and romantic to hold the hand of a suffering soldier but had no idea of scrubbing floors or of sanitation or of all the hundreds of things nurses, and especially a war nurse, must know. So the Grand Duke told one detachment of them to come to a certain place where he would meet them and assign them to their duties.

They came, a fluttering lot of amateur ministering angels, and presented themselves as directed. The Grand Duke looked them over. There were about a hundred in the lot. He lined them up and made a speech to them.

“Ladies,” he said, “I appreciate, and so do my soldiers, and so does our country, the patriotic and heroic impulse that has caused you to offer yourselves as nurses. We need nurses. This war is very terrible and there is much suffering to be alleviated. I shall be glad of your services.”

The ladies all fluttered and were so glad and so interested and so anxious to go right into the hospital and make things easier for the poor, dear soldiers.

“But,” continued the Grand Duke, “in nursing, as in every other line of service, there are several divisions of labor. For example, we have officers to nurse and we have private soldiers to nurse. Now, of course, you ladies will have a preference. So I shall allow you to make your choice. All those of you who would prefer to nurse officers will please step over to this side, and those of you who are willing to nurse the private soldier will please step over to this side. I leave the choice to you. Of course it will be pleasanter, perhaps, to nurse the officers than the common soldiers but the common soldiers must be nursed too, you understand. Those who prefer to nurse officers on this side, if you please, and those on this side who are willing to go into the wards where the private soldiers are placed.”

The ladies divided themselves. All but about twenty of them thought that it would be much nicer and more interesting to serve their country by nursing handsome officers rather than peasants who were privates. But twenty said that they were willing to nurse the private soldiers, the peasants who had been wounded.

Whereupon the Grand Duke bundled back to Petrograd the ladies who wanted to nurse officers, and kept the twenty who really had a sincere desire to do something more for their country than wear a becoming headdress and sit about the cafes in it. That is a sample of the way the Grand Duke does things.

Despite the plague of titled lady nurses, there were a good many stately homes opened as hospitals and convalescent homes for the troops. See this delightful post, with its anecdote of the Duchess of Westminster and her way of “doing her bit” for the men in uniform.