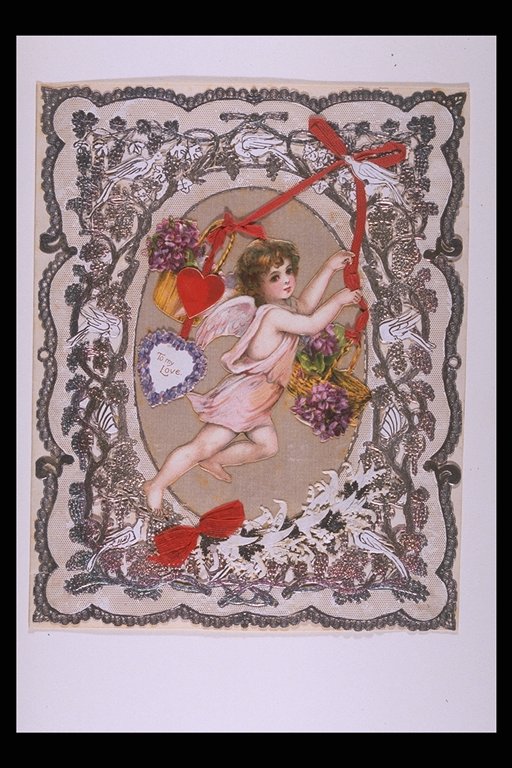 THE STORY OF A WITHERED LIFE.

I have loved three times madly–maniacally loved. My constitutional timidity has in each case prevented a verbal declaration of my sentiments, and confined them to the unsatisfactory medium of the Post-office. Preferring to hide these amatory outpourings under the veil of the anonymous, I have hitherto selected the Fourteenth of February as the most propitious day for their indulgence. With what success the reader shall determine.

Maria was amiable, accomplished, lovely, and nineteen. Her sole surviving parent was the widow of an officer distinguished by his prowess in garrison duty. I respected the mother while I idolised the daughter. Often as I determined on declaring my passion, so often did my passion prove beyond the power of speech.

I bought my love a Valentine, elegantly embossed, and abounding in Cupids. The verses were more admirable than I should have conceived a modern poet capable of writing. This graceful missive I despatched by post.

But, by an error fatal to my hopes, I had forgotten to put a stamp on the envelope!

On my next visit I was coolly received, the angel’s mother informed me, during a private interview, that she could never sacrifice her darling’s future to a person whose avarice descended so low as a penny sterling. Maria, my heart was broken! 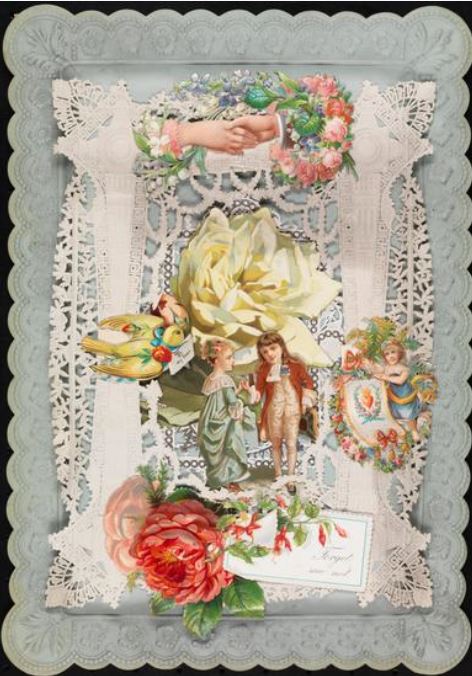 I loved again, and Clara was perfection. She had a father in commerce, no mother, and money of her own. My attachment was of a nature which beggars description. It ultimately assumed the shape of a Valentine. Beautiful as I had thought my former offering at the shrine of Maria, this tribute of my undying affection for Clara surpassed it in loveliness. Consigning it carefully to a large envelope I affixed a postage stamp with great care.

That fatal missive never arrived at its destination!

On questioning the domestics at the house of my charmer, I discovered that the postman had rigidly demanded a payment of twopence in consideration of extra weight. This paltry sum was refused by Clara’s father.

Could I ally myself with the family of a sordid miser, whose mercenary nature could make so much of twopence? I retired in disgust. Clara, my heart was broken!

Once more the arrow of the rosy god perforated my bosom, and I adored Fanny. Both her parents were living, and kept a genial though unassuming tea-table.

I dared not breathe my passion in words, but resorted on a certain day in February to the novel expedient of a Valentine. It was a thing to dream of, a thing of bright imaginings. I procured an envelope worthy of such a treasure, and in a corner two stamps. There should be no mistake this time, I said.

That valentine sealed my bitter fate!

Fanny’s parents declared shortly afterwards that they could receive no more visits from a spendthrift so reckless as to throw money away by wasting twopence on a letter considerably under half-an ounce in weight. Fanny, my heart was broken. 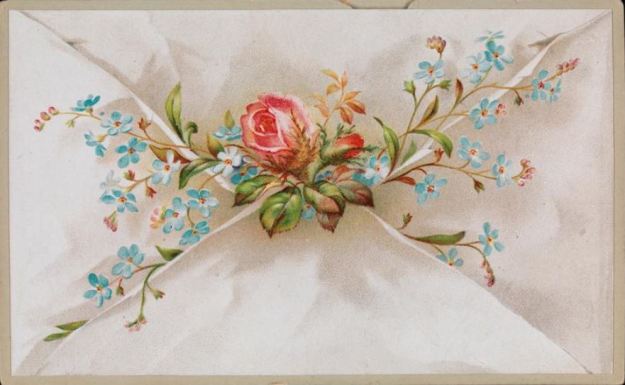 I shall perhaps love again. In that case, I am resolved on forwarding my sentiments by the new postal card.

Mrs Daffodil’s Aide-memoire:  What a foolish young man, not to take his Valentine offerings to the post-office, where they could be weighed and the proper franking applied! Mrs Daffodil sympathises with the parents; a young man so lacking in common sense could never make Maria, Clara, or Fanny happy.

Of course, to-day the young lovers “tweet” or “text” their love from ‘phones that cost ridiculous sums of money. They will never know the delightful agony of waiting for the post-man on Valentine’s Day. One wonders if love was truer, more measured in the days of the penny-post.

Mrs Daffodil wishes all of her readers the happiness of loving and being loved on this Valentine’s Day. And of adequate postage to ensure that all their valentines will be properly delivered to the beloved addressees.