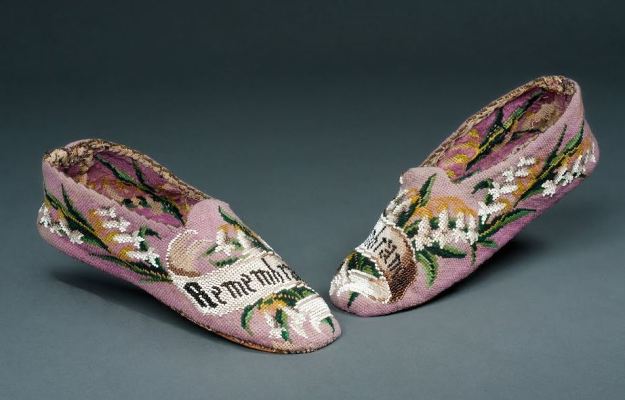 What this country needs more than anything else, just once a year, is a Misfit Christmas Present Exchange.

An enterprising gentleman has already started an establishment where one can dispose of duplicate wedding presents, but a person gets married once only in his life, whereas he or she, as the case or sex may be, endures many Christmases.

How sweet and pleasant would it be, for instance, if a young and pretty clergyman who has been remembered by seventeen or two dozen of the ewe lambs of his congregation with a pair of slippers from each, could trade off most of them for, say, a meerschaum pipe or some perpendicular linen collars! Until such an exchange begins to fill a long felt want, the daily papers could help on the good work by permitting their patrons to insert free such advertisements as the following, at holiday time:

“A boy of twelve wishes to exchange a new copy of ‘Josephus,’ handsomely bound, for a second hand copy of ‘Beelzebub Dick, the Terror of Gory Gulch’; or ‘ Deadhead Dan, the Young Detective of Mulberry Avenue.'”

“Young lady would part with seven (7) Christmas cards (four of them hand painted) in return for a diamond engagement ring.”

“Married man desires to exchange a pair of ice cream colored wristers for a glass of beer.”

“Young clergyman will dispose of an assorted lot of slippers, some of which are embroidered with blue dogs with scarlet eyes, for a serviceable pair of winter gloves, fur lined preferred. Must be mates.”

“Boston young lady, temporarily residing in New York, would like to exchange eight copies of Browning’s complete works, all new and unused, for a pair of gold rimmed spectacles, No. 5, near sighted.”

“Young married man will trade a box of cigars (handsome work of art on inside of lid) for a ten cent plug of chewing tobacco.”

“Gentleman desires to part with a pair of large red mittens. Will accept a two ply ham sandwich or three Frankfurter sausages in exchange.”

“Youth will give a copy of Lamb’s Poems of Childhood (leaves uncut), for a baseball bat or a cheap pistol with a box of cartridges.”

“A musically inclined girl will exchange her brother’s irresponsible cornet for an upright piano.”

“A young gentleman of eleven, in long pantaloons, will give a fancy cap, labeled ‘For a Good Boy,’ for a ticket to any accessible dime museum.”

“Young lady of fourteen wishes to exchange a wax doll, with real hair, for a copy of ‘The Quick or the Dead’; also a rubber cry doll for twenty five cents’ worth of chewing gum, vanilla or strawberry.”

“The father of a seven year old boy wishes to dispose of a new bass drum, warranted sound (too sound, in fact). No reasonable offer refused.”

Mrs Daffodil’s Aide-memoire:  What a brilliant idea!  Still, Mrs Daffodil fears that consumers would fight shy of those cigars, which young brides were proverbially dreadful at choosing, not to mention uncut volumes of Browning and Lamb. The Quick or the Dead, which readers may examine for themselves here, is a sensational novel about a woman torn between her love for her dead husband and a living suitor. It was notorious in its day and has been described as “morbid,” “hysterical,” and “immature.” The author was particularly fond of adjectives:  “A rich purple-blue dusk had sunk down over the land, and the gleam of the frozen ice-pond in the far field shone desolately forth from tangled patches of orange-colored wild grass.” “She threw herself into a drift of crimson pillows … brooding upon the broken fire, whose lilac flames palpitated over a bed of gold-veined coals.” Obviously the perfect gift for a young lady of fourteen.

Mrs Daffodil hopes that all of you had a Happy Christmas and did not receive any of the presents above, especially that irresponsible cornet.