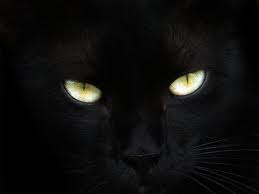 The Banshee, Screaming of Death, Lurks in the Dark!

“Great Scott, man, why don’t you kill that cat!” said I to my host, as a nerve-tearing howl came up from the back fence.

“That isn’t a cat,” he said, as he settled more comfortably on the porch railing and puffed at his cigar meditatively. “It’s the family banshee. Been in the O’Dowd family for 50 generations, and as I’m not only the head of the house, but the last surviving member, I get the full benefit. Must be very annoying to visitors. Very sorry, old man, but I can’t stop it.”

“A banshee!” said I, eyeing my friend O’Dowd with a new interest. “Why, I thought the howling of the banshee was a sure forerunner of death.”

“Used to be,” he answered in a bored sort of way.  “When I first heard that I hustled right off to the doctor’s. He said I needed a little toning up and gave me forty-seven dollars’ worth. But when I applied for an insurance policy the insurance doctor told me I was sound as a drum, so I quit.

“About that time, too, my uncle, MacSandy MacSwart, died, leaving me the head of the MacSwarts also, and the Scotch apparition appeared on the scene. This takes the form of a bright red light, and its coming foretells long life and prosperity to the head of the MacSwarts. There has always been bad blood between the Irish and the Scotch branches of my family, but I never imagined it extended to the ghosts. But it does. The first night the red light appeared the banshee howled all night, predicting my death within the year—there it goes again—does sound remarkably like a cat, doesn’t it? And the red light flared up so brightly that a ten-blow fire alarm was turned in, and I had to furnish cigars to the entire department.

“I’ve got the ghost that runs the red light well in hand now; so it’s of some real service. Obliging enough to help out at amateur tableaux; sees me home from the club and turns on a glimmer at the keyhole. But I can’t do a thing with the banshee.

“Of course, with the two of them working I can’t tell a thing about when I’m going to die, but there was a curious thing happened not long ago….”

“Dan,” said Mrs. O’Dowd, suddenly appearing in the doorway, “don’t you hear that McMannis cat again? If you don’t succeed in hitting that cat tonight I’m going to lay in a complaint myself. I can’t stand it.”

Mrs Daffodil’s Aide-memoire: You will find more posts on a more sober banshee visit here and other tokens of death here.