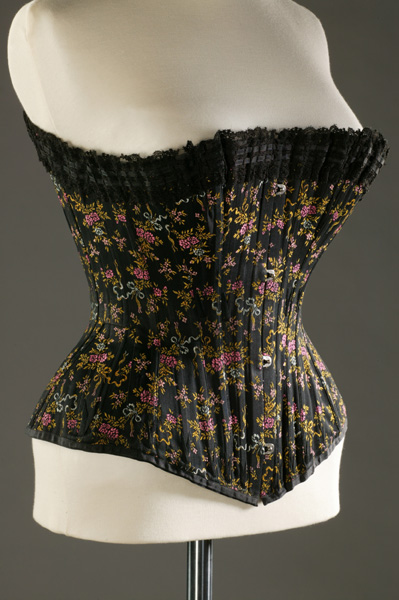 A MAN IN WOMAN’S CLOTHING
He Arouses Intense Indignation Among the People in the Lower Part of the County.

Intense indignation has been caused of late among the people of Newport, Sayre’s Neck and neighboring localities, by the fact that a certain tall individual who has been selling corsets, &c., to the ladies and was supposed to be a woman has been found to be none other than a man in female attire.

He canvassed only the outskirts of the towns and in the course of his work gained access to the apartments of the ladies without difficulty, where with modesty skillfully assumed and with gentle touch skillfully acquired he adjusted to their forms the various articles of dress desired by them.

At the residence of Mr. John Fisher, near Newport, Mrs. Fisher had her suspicions awakened in regard to the supposed woman and hurriedly returned to her husband and paid for the article. After the canvasser had gone she told her husband of her belief. At another house a woman saw, as the “saleslady” stopped to fasten a shoe string, the bottom of his pantaloons. The various purchasers in that locality, having their attention called to it, are certain that the supposed woman was a man, and should the scoundrel make his appearance there again he will meet with a “warm reception.” Among other things a shower of scalding hot water is promised him by the indignant housewives.

Mrs Daffodil’s Aide-memoire: Ladies in the cities could apply to their corsetière to be fitted for intimate articles of apparel. Persons in the rural districts were forced to take “pot-luck” at the local dry-goods store or, in the hope of a better fit, submit to the gentle ministrations of a door-to-door canvasser.  To judge by the many reports of disguised corset “salesladies,” this was a startlingly nationwide problem.

The ladies of Cedar Falls, Iowa, are indignant over a report that a peddler who recently visited that town, selling corsets and fitting them on the bodies of customers, etc., has since turned out to be a man dressed in feminine apparel. The young ladies out there don’t like to have a young man give them fits.