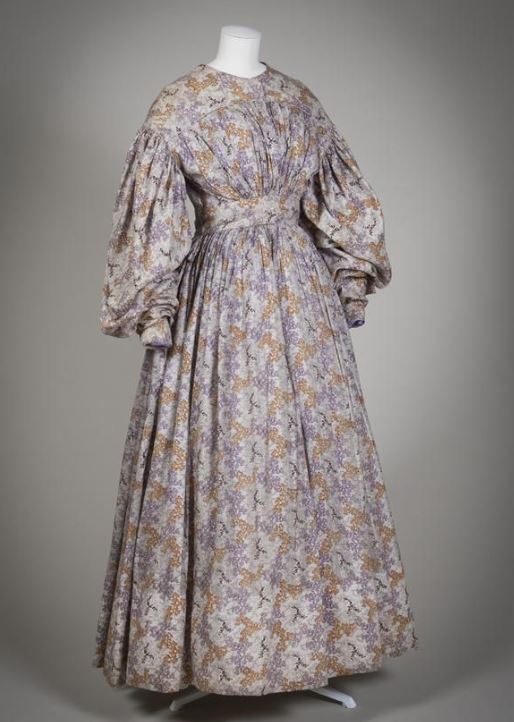 Our narrator is the name-dropping Mr Augustus Hare:

The society of Mrs. Gaskell the authoress was a great pleasure during this term at Oxford. I made great friends with her, and we kept up a correspondence for some time afterwards. Everybody liked Mrs. Gaskell. I remember that one of the points which struck me most about her at first was not only her kindness, but her extreme courtesy and deference to her own daughters. While she was at Oxford, the subject of ghosts was brought forward for a debate at the Union; she wished to have spoken from the gallery, and if she had, would probably have carried the motion in favour of ghosts at once. Here is one of her personal experiences: —

“Mrs. Gaskell was staying with some cousins at Stratford-on-Avon, who took her over to see Compton Whinyates. [Compton Whynyates] On their return she stayed to tea at Eddington with her cousins — cousins who were Quakers. Compton Whinyates naturally led to the subject of spirits, and Mrs. Gaskell asked the son of the house whether there were any stories of the kind about their neighbourhood; upon which the father, who was a very stiff, stern old man, reproved them for vain and light talking.

“After tea Mrs. Gaskell and her cousins went out to walk about the place with the younger Quaker, when the subject of the supernatural was renewed, and he said that their attention had lately been called to it in a very singular manner. That a woman who was a native of the place had many years ago gone as a lady’s-maid to London, leaving her lover, who was a carter, behind her. While in London, she forgot her carter and married some one else, but after some years her husband died, leaving her a large competence, and she came back to spend the rest of her life in her native village. There she renewed her acquaintance with the carter, to whom, after a fortnight’s renewal of courtship, she was married. After they had been married a few weeks, she said she must go up to London to sell all the property she had there, and come down to settle finally in the country. She wished her husband to go with her, and urgently entreated him to do so; but he, like many countrymen in that part, had a horror of London, fancied it was the seat of all wickedness, and that those who went there never could come back safe: so the woman went alone, but she did not return. Some time after her husband heard that she had been found in the streets of London — dead.

“A few weeks after this the carter husband was observed to have become unaccountably pale, ill, and anxious, and on being asked what was the matter with him, he complained bitterly, and said that it was because his wife would not let him rest at nights. He did not seem to be frightened, but lamented that his case was a very hard one, for that he had to work all day, and, when he wanted rest, his wife came and sat by his bedside, moaning and lamenting and wringing her hands all the night long, so that he could not sleep.

“Mrs. Gaskell naturally expressed a wish to see the man and to hear the story from his own lips. The Quaker said that nothing could be easier, as he lived in a cottage close by; to which she went, together with five other persons. It was like a Cheshire cottage, with a window on each side of the door, and a little enclosure, half-court, half-garden, in front. It was six o’clock in broad summer daylight when they arrived. The door was locked and the Quaker went round to try the back entrance, leaving Mrs. Gaskell and her friends in the enclosure in front. They all, while there, distinctly saw a woman, of hard features, dressed in a common lilac print gown, come up to the latticed window close by them on the inside and look out. They then saw her pass on and appear again at the window on the other side of the door, after which she went away altogether.

“When the Quaker appeared, unsuccessful in opening the back-door, they said, ‘But there is some one who could have let you in, for there is a woman in the house.’ They tried unsuccessfully, however, to make her hear. Then they went to the adjoining cottage, where the people assured them that the man was gone out for the day, and that there could not possibly be any one in the house. ‘Oh,’ said Mrs. Gaskell, ‘but we have seen a woman in the house in a lilac print gown.’ ‘Then,’ they answered, ‘you have seen the ghost: there is no woman in the house; but that is she.’”

The Story of My Life, Volume 1, Augustus John Cuthbert Hare

Mrs Daffodil’s Aide-memoire: Mrs Gaskell was, of course, Elizabeth Gaskell the novelist and short-story writer, perhaps best-known as author of Cranford, North and South, The Life of Charlotte Bronte, and many chilling fictional ghost stories.

Mr Hare was an exceptionally talented raconteur, particularly of ghost stories. See, for example, the story of a ghost appearing to Count Axel von Fersen or the ensign who saw a horror.